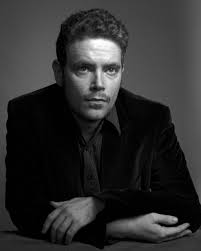 For those of you in New York, tonight there will be an event at the New York Public Library featuring John Ashbery and two terrific younger poets he has influenced, Timothy Donnelly and Adam Fitzgerald.  The three poets will be discussing their work in a conversation moderated by Robert Polito.  The occasion is the publication of Fitzgerald’s first book, The Late Parade (recently given a great review in the New York Times Book Review by my friend and colleague David Kirby).

Ashbery has provided a blurb for Fitzgerald’s book:

In The Late Parade, Adam Fitzgerald is a master of defeating expectations so as to fulfill them farther along. One has the feeling of climbing higher along a path that is giving way under one’s feet, in pursuit always of ‘a waltz on our breath.’ Yet the rhythmic and consonant commotion of these poems ends in joy. This is a dazzling debut.

Released from the plod of workaday logics and handed over to the flow of their own becoming, the poems in The Late Parade shudder with exhilarating assurance and nonstop invention, never fully breaking it off with the familiar, but incapable of leaving it untransformed. We’ve been waiting too long for a book like this to arrive. Wake up—it’s finally here.

Three generations of poets come together to trace the arc of modernism in poetry.

Each illustrious in his own right, Ashbery, Donnelly, and Fitzgerald join together for an evening of conversation and contemplation about poetry. The three generations of poets discuss their works and share ideas in a conversation moderated by Poetry Foundation President Robert Polito to celebrate the publication of Fitzgerald’s book of poems, The Late Parade.
For more information on the participants and the event, see here.