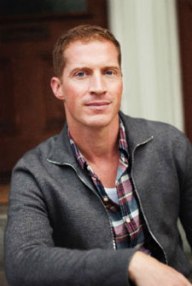 The title of Greer’s story, “It’s a Summer’s Day,” alludes to the last lines of Frank O’Hara’s wonderful 1954 poem “Homosexuality,” which one of the characters quotes at the story’s climax: “It’s a summer day, / and I want to be wanted more than anything else in the world.”

The story centers on a hapless, insecure “minor novelist” named Arthur Less who has travelled to Italy to attend an award ceremony for a prize he is certain he will not win. He reminisces about an affair he had years earlier with a celebrated, much older poet named Robert Brownburn.  There are a few hints scattered throughout the story that Robert may be loosely modeled on John Ashbery — for example, Greer mentions Brownburn’s “Library of America photograph,” a telling detail which may remind one of the oft-mentioned fact that Ashbery is the first living poet to ever be published by that esteemed series.  The story also mentions that Arthur “once found Robert’s exertions on the tennis court amusing” (perhaps a very subtle nod to Ashbery’s famous early book The Tennis Court Oath?), and features a pivotal moment when Robert learns that he (like Ashbery, for Self-Portrait in a Convex Mirror) has won the Pulitzer Prize.

At the end of the story, Arthur recalls a conversation with Robert on the day of his Pulitzer ceremony, which is studded with several allusions to Frank O’Hara (who was, of course, one of Ashbery’s closest friends). In this extended riff, Robert muses about the folly and allure of literary prizes:

“Prizes aren’t love. Because people who never met you can’t love you. The slots for winners are already set, from here until Judgment Day. They know the kind of poet who’s going to win, and if you happen to fit the slot, then bully for you! It’s like fitting a hand-me-down suit. It’s luck, not love. Not that it isn’t nice to have luck. Maybe the only way to think about it is being at the center of all beauty. Just by chance, today we get to be at the center of all beauty. It doesn’t mean I don’t want it. It’s a desperate way to get off, but I do. I’m a narcissist; desperate is what we do. Getting off is what we do. You look handsome in your suit. I don’t know why you’re shacked up with a man in his fifties. Oh, I know, you like a finished product. You don’t want to Add-A-Pearl. Let’s have champagne before we go. I know it’s noon. I need you to do my bow tie. I forget how because I know you’ll never forget. Prizes aren’t love, but this is love. What Frank wrote: ‘It’s a summer day, and I want to be wanted more than anything else in the world.’”

And here I am, the
center of all beauty!
writing these poems!
Imagine!

Then, to sum up his deep affection for his lover, he directly quotes from the poem “Homosexuality,” O’Hara’s great poem about taking pride in queer identity and same-sex love — merely mentioning that it’s something “Frank” once wrote (without giving the poet’s last name, seemingly to suggest Robert’s intimacy with O’Hara).

I just wanted to note this set of echoes in case other obsessive O’Hara-watchers like me out there might be interested to know about this close connection between Greer’s funny and compelling story and Frank O’Hara (and perhaps John Ashbery as well).

The New Yorker has also published a brief interview with Greer (which mentions the O’Hara connection) here, where you can also listen to him read the story.  The story is also an excerpt from Greer’s forthcoming novel, Less.