The Time John Ashbery Did a “Screen Test” for Andy Warhol

Over the last several weeks since John Ashbery passed away, we have seen a flood of moving tributes, memorials, personal memoirs, and re-assessments, including even some reflections on the poet “in all his hunky glory,” as the title of a surprising New York Times article about Ashbery’s dashing good looks and sense of style put it.

One thing I haven’t seen are any photos, or any references to, a moment we might think of as peak “cool Ashbery” — when he sat for one of Andy Warhol’s famous Screen Tests in 1966.

Between 1964 and 1966, Warhol made nearly “500 short, silent, black-and-white films of artists, musicians, actors, writers, filmmakers, models, curators, celebrities and hangers-on … at the Factory, his silver-walled studio on East 47th Street in Manhattan.”  The subjects of these short films “were seated, initially instructed not to move, and filmed straight-on (most often in close-up).”

The Screen Tests feature a long list of fascinating people, a sort of who’s who of mid-1960s edgy cool — from Lou Reed and Nico to Salvador Dali and Susan Sontag, Bob Dylan and “Mama” Cass Elliot to Dennis Hopper.  Warhol was deeply interested in avant-garde poetry, which led him to film many members of the New York School, including Ted Berrigan, Ron Padgett, and Joe Brainard, and other poets like Allen Ginsberg, John Wieners, and Ed Sanders.

In 1966, Ashbery got his turn in front of Warhol’s unsparing camera.  Here is how Callie Angel writes it up in her excellent book Andy Warhol’s Screen Tests:

The American poet John Ashbery first met Andy Warhol in the fall of 1963, when Ashbery visited New York and gave a poetry reading at the Living Theatre.  As Ashbery recalled, Gerard Malanga, who was a poet as well as Warhol’s assistant, took him to the artist’s studio for an introduction.  Ashbery, who lived in Paris between 1955 and 1965, had written several favorable reviews of Warhol’s art … When Ashbery moved back to New York at the end of 1965, Warhol threw a big party for him at the Factory. Ashbery maintained his interest in Warhol’s work after his return to New York, and also became friends with Malanga, on whom he had an important influence as a poet.

Ashbery recalled that his Screen Test was shot one day when he had dropped by the Factory from his job as executive editor of Art News magazine: ‘I found it kind of intimidating,’ he confessed, ‘because there were all these people doing their strange tasks.’  Formally dressed in a suit and tie, Ashbery gives a formidable performance, meeting the camera’s stare with a friendly critical scowl.  His suspicious expression does relax somewhat in the course of the film; toward the end, he appears momentarily lost in his own thoughts.

I’ve never had the chance to watch Ashbery’s actual Screen Test; as far as I can tell, it’s not available on the web, and pictures from the film seem scarce.  So here, along with the image at the top of this post, are some stills of the young Ashbery sitting before Warhol’s camera in 1966: 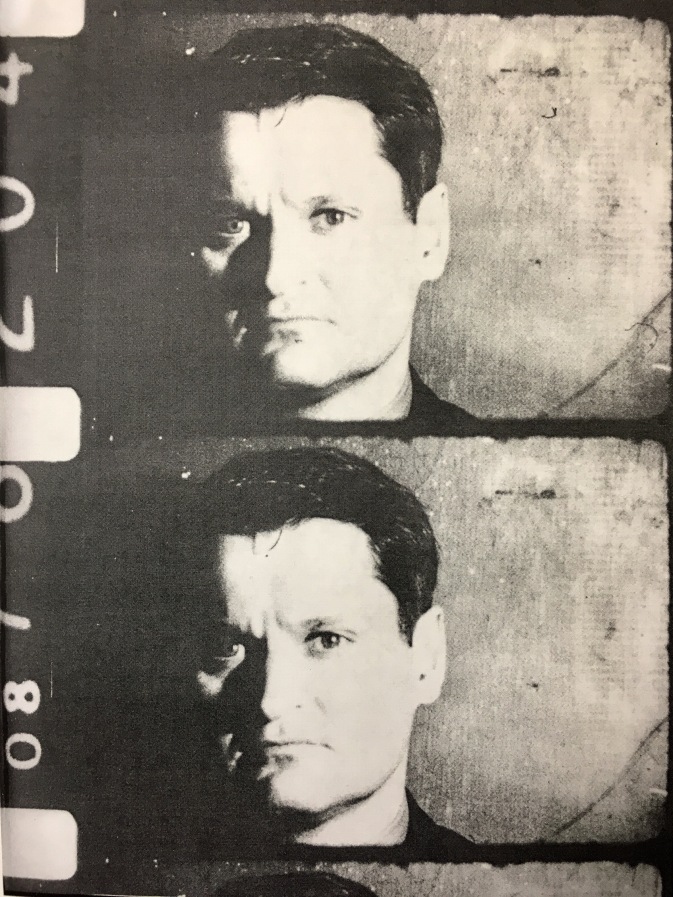 from “John Ashbery” (1966), by Andy Warhol; still from “Screen Tests: A Diary,” by Gerard Malanga