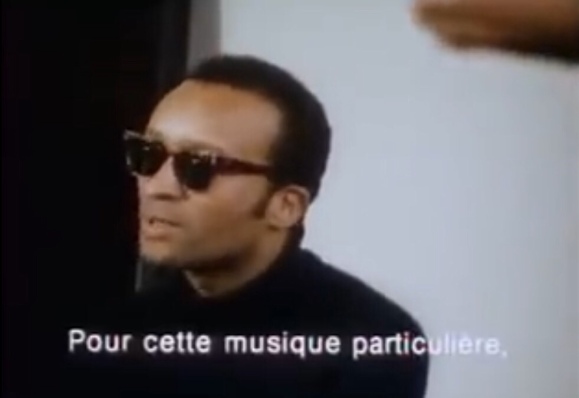 When the groundbreaking avant-garde jazz pianist and composer Cecil Taylor died last month, there was an outpouring of obituaries and tributes to his genius and influence.  But there was less attention paid to Taylor’s connections to the literary world, and to avant-garde poetry — including his links to New York poets during the 1950s and 1960s — than one might have expected.

It’s true that Taylor’s friend and rival, Ornette Coleman — who is often seen, alongside Taylor, as one of the co-founders of free jazz – may have had more extensive contact and social ties than Taylor himself with the poets of the New York School, as I discussed after Coleman died in 2015.

But Taylor, who was also a poet, first emerged in the same New York scene, rubbing elbows with poets like Frank O’Hara and Amiri Baraka, and playing some of his earliest gigs at the Five Spot (the legendary jazz club that serves as the site of Frank O’Hara’s famous elegy for Billie Holiday and was a hangout for the downtown, bohemian, literary set).  And he really read (and wrote) the stuff: thanks in part to Baraka, Taylor began to read deeply in the work of poets associated with the “New American Poetry,” like Charles Olson, Robert Creeley, Robert Duncan, Michael McClure, and Bob Kaufman.

Adam Shatz has just published a lengthy and excellent article about Taylor’s life, work, and legacy for the New York Review of Books that fills in some of these gaps — including a tantalizing reference to O’Hara and passages about Baraka, the Five Spot, and other literary figures like Norman Mailer.  Shatz weaves together a slew of memorable anecdotes that flesh out the daunting range of Taylor’s influences and interests, and vividly convey his brilliant, complicated, sometimes difficult, enigmatic personality and aesthetic philosophy.  As Shatz writes, “Cecil Taylor was as urbane an intellectual as jazz has ever known: reader of Camus, friend of the Beats, student of modernist architecture.”

Shatz got to know Taylor during the last decade of his life, and relays the texture and content of his many conversations with the musician.  In the course of doing so, he mentions that Taylor would regularly speak with admiration about Frank O’Hara:

He invariably talked about the people he loved and the artists he admired: his father, a professional cook from whose kitchen “the most wonderful smells would emanate”; his formidable mother, who spoke French and German and took him to the ballet; Billie Holiday and Lena Horne, both of whom he worshipped; Jimmy Lyons, who had given twenty-six years of saintly devotion to Taylor’s Unit; the architect Santiago Calatrava, whose bridges he adored; and the poet Frank O’Hara, who shared his love of modern art and “was rather pleasant to look at.” (Did he know O’Hara well, I once asked him. “I don’t know anyone well,” he replied.)

I’ve never been able to find much textual evidence pointing to specific connections between O’Hara and Taylor, especially in contrast to Coleman (who O’Hara did mention in letters and refer to in his work), so I was particularly intrigued by Shatz’s recollection here.

Presumably, O’Hara and Taylor would’ve crossed paths repeatedly in the downtown music, art, and poetry scene, and I know of at least one event where they shared a (rather amazing) bill, on June 24, 1963. 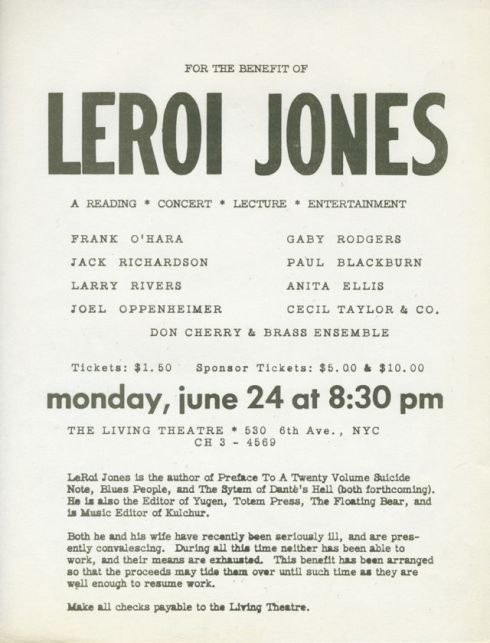 As this poster shows, both Frank O’Hara and Cecil Taylor performed at a benefit for LeRoi Jones (who would soon become Amiri Baraka) and his wife Hettie Jones at the Living Theatre.  The benefit, intended to raise money for the couple after they had been stricken with hepatitis and were struggling financially, brought together a rather amazing set of figures from avant-garde poetry, art, and music, including O’Hara, painter and saxophonist Larry Rivers, Paul Blackburn, trumpeter Don Cherry (famous for his work with Ornette Coleman), and Cecil Taylor.  (This 1963 article from the Village Voice about the upcoming event mentions that avant-garde composer Morton Feldman and writer Gilbert Sorrentino would be appearing as well).

Here’s another instance which suggests that O’Hara and Taylor spent time in one another’s company: a couple years ago, I wrote about an interview in which Allen Ginsberg reminisced about the “real mad combination” of people who could be found socializing at Baraka’s apartment, which functioned as “a grand ‘salon'” for the postwar avant-garde: “I saw at one party, in one room, at one time Langston Hughes, Don Cherry, Ornette Coleman, Cecil Taylor, Franz Kline, Kerouac, myself,” along with “Frank O’Hara … maybe intersecting with Kenneth Koch, John Ashbery, and others; Robert Creeley, Charles Olson…”

Speaking of Baraka, Shatz’s article also includes an interesting passage about the Taylor-Baraka relationship, which started out strong but turned fraught, for reasons both personal and political:

Taylor often spoke of his estranged friend the poet and jazz critic Amiri Baraka, whom he insisted on calling by his former name, LeRoi Jones. They had been close in the late 1950s and early 1960s, until Baraka brought Allen Ginsberg over to Taylor’s apartment in the East Village. Ginsberg wanted Taylor to write music for a reading of Howl, but Taylor declined, out of loyalty to the black Beat poet Bob Kaufman, whom Taylor felt Ginsberg had unfairly overshadowed. As they were leaving, Baraka sneered, “the problem with our jazz musicians is that they’re not literate.” Still cut by that remark, Taylor told me, “I took a friend to one of ’Roi’s readings years later, after he’d started calling himself Amiri Baraka. I asked him what he thought. ‘Very impressive,’ he said, ‘but how many times can you hear the word black?’ ’Roi started out as a poet, but became a polemicist,” a word he pronounced with disdain.

There’s also a funny Five Spot anecdote, about the time Norman Mailer liked Cecil Taylor’s music so much, and so noisily, that he got Taylor canned:

One of his earliest (and loudest) admirers was Norman Mailer, who heard Taylor at the Five Spot, on the Bowery, in the early 1960s, and was so astonished that he stood up on his chair and declared, “This guy Cecil Taylor is so much better than Monk.” Mailer cost Taylor his gig: an influential friend of Monk’s reported the comment to Joe Termini, the Five Spot’s co-owner, who was already looking for a pretext to fire Taylor. “Norman knew about a lot of things, but music was not one of them,” Taylor told me at one of our dinners, adding that “if it weren’t for Monk I could not have existed.”

Throughout, Schatz stresses Taylor’s deep ties to poetry, literature, and the other arts, which sometimes contrasted sharply with his chilly reception by the gatekeepers of jazz.  “Never fully embraced by the jazz world, he was lionized by writers, poets, dancers, and artists who admired his audacity and had as little use for categories as he did.”  Taylor’s death — like the passing of Ornette Coleman, John Ashbery, and so many others in recent years — signals the end of a remarkable era in which those “real mad combinations” were still possible, and music, poetry, and art cross-fertilized in fascinating, inspiring ways. 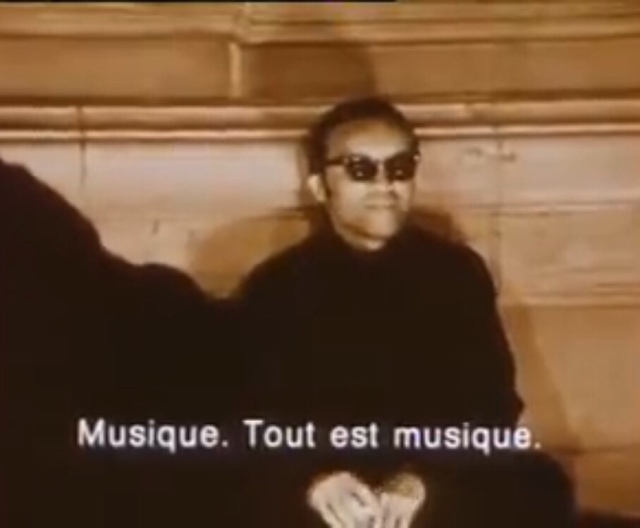