Posted on December 4, 2018 by Andrew Epstein 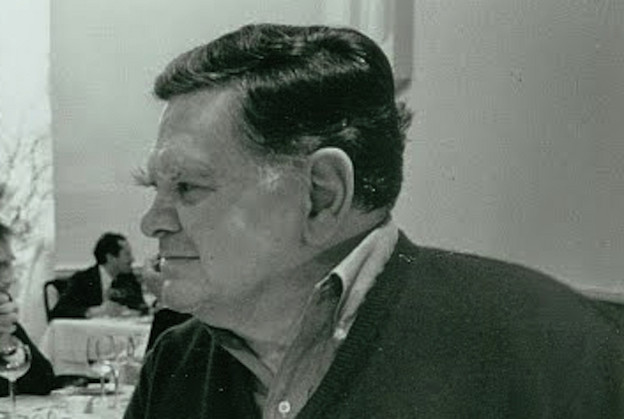 What a treat to find the great contemporary poet Carl Phillips reflecting on a poem by James Schuyler.  As part of a series he’s doing for Poets House on “poems that approach nature,” Phillips has just published an incisive short piece on Schuyler’s beautiful poem “The Bluet.”

Phillips argues that “‘The Bluet’ offers a kind of secular Transcendentalism, in which the speaker is cheered up in a gloomy season (“dour October”) by a flower whose unseasonable appearance suggests a stamina that the speaker (by implication) seems to have despaired of finding for himself.”  He also offers a persuasive close reading of the poem (“Structurally, I note four movements to this poem, marked primarily by figurative language”).  In the end, Phillips says,

the poem reads as a thanksgiving of sorts, for friendship itself, for human company.

Far from estrangement, Schuyler shows how our engagement with the natural world—precisely because of the anthropomorphizing aspect of that engagement—can remind us that a defining part of being human is to be social. October may be dour, we may lack for stamina, yes. But we’re not alone.

This moving conclusion feels just right to me.  Another thing I love about Schuyler’s poem is that “The Bluet” exists in a web of such rich, interesting connections, including to the painter Joan Mitchell and the writer Maggie Nelson.

Mitchell, who was close with Schuyler and the other New York School poets, painted a large work called “Les Bluets” (1973):

Schuyler reflected on Mitchell’s painting, and its links to his own poem “The Bluet,” in a prose poem called “Footnote”:

“The bluet is a small flower, creamy-throated, that grows in patches in New England lawns. The bluet (French pronunciation) is the shaggy cornflower, growing wild in France. ‘The Bluet’ is a poem I wrote. The Bluet is a painting of Joan Mitchell’s. The thick blue runs and holds. All of them, broken-up pieces of sky, hard sky, soft sky. Today I’ll take Joan’s giant vision, running and holding, staring you down with beauty. Though I need reject none. Bluet. ‘Bloo-ay.'”

Later, in her critical book about the New York School, Maggie Nelson noted that Schuyler and Mitchell shared a “joint interest in bluets” and writes about both the painting and Schuyler’s “Footnote.”  Later still, Nelson wrote her own remarkable, beloved meditation on the color blue and gave it the title Bluets.  In that book, Nelson writes that Mitchell’s “Les Bluets” is “arguably my favorite painting of all time.”

To add to the bounty, another favorite writer of mine, Lydia Davis, wrote a lovely piece about her fascination with Mitchell’s painting “Les Bluets”: “I start with the fact that Les Bluets (The cornflowers) is the painting I think of first when I think of one that has had particular significance in my life. Then I have to figure out why.”

All these interconnections remind me of what Phillips refers to as “a thanksgiving of sorts for friendship, for human company” — across different texts, media, and disparate lives.  As Schuyler marvels in his poem “February,” “I can’t get over / how it all works in together.”