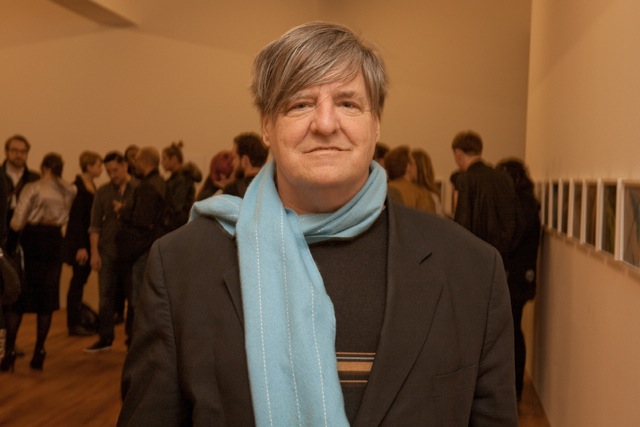 Like so many others, I’m shocked and heartbroken to learn that the writer Kevin Killian passed away last night.  I first met Kevin in 1996, at the “Poetry of the 1950s” conference in Orono, Maine (where he gave a paper on a panel devoted to Jack Spicer and Frank O’Hara) and we soon began a lively conversation that carried on for over twenty years. Kevin’s kindness and generosity were legendary.  He had a knack for genuinely making you feel like you were the special recipient of his attention and care — that whatever you were doing, whatever you had written or said, was important and terrific.

In reading the outpouring of tributes to Kevin, it’s strange, but not surprising at all, to see how many other people felt the same way I do. Part of you can’t help but think: I thought it was just me! How could he have had so much energy and time and affection for everyone he knew? At Frank O’Hara’s funeral, one of his closest friends, the painter Larry Rivers, said “Frank O’Hara was my best friend. There are at least sixty people in New York who thought Frank O’Hara was their best friend….At one time or another, he was everyone’s greatest and most loyal audience.” It feels like something very similar could, and should, be said of Kevin — like O’Hara (whose work he adored and over whom we initially bonded), Kevin was a charismatic center of multiple communities, a person who seemed to have known and supported everyone, and to have been universally loved in return.

At O’Hara’s funeral, the painter Philip Guston put his arm around another mourner and whispered “He was our Apollinaire,” referring to the great French poet who was a central figure of the French avant-garde, the key supporter and champion for a whole network of writers and painters.  It seems safe to say that for so many of us, “he was our Frank O’Hara.”

Kevin was an ardent, early supporter and defender of my own work, when he had no reason to be, and it meant the world to me. I was thrilled and grateful when he read my first book and actually gave it one of his legendary, hilarious, insightful Amazon reviews (which have been collected in a volume called Selected Amazon Reviews).

Kevin was a fount of knowledge about Frank O’Hara, the New York School of poets, Jack Spicer, and the wider New American poetry scene, along with so much else, and like many other scholars and poets, I benefited so much from knowing him, and having him as a sounding board, cheerleader, and source of wisdom.

Kevin was also a wonderful, path-breaking, influential poet, fiction writer, and playwright, one of the central figures of the New Narrative movement, a pioneering queer writer, and the unofficial laureate of San Francisco for many years.  With his wife and collaborator, the equally amazing writer Dodie Bellamy, he edited the small literary magazine Mirage #4 / Period(ical).  He was a gifted scholar, editor, and biographer (of Jack Spicer), a voracious reader, collector of autographs, and all-around mensch. (For more on his remarkable life and career, see here and here for a good place to start).  I just can’t believe he’s gone. He will be deeply missed by so many.