The “Resurgent Popularity” of Eileen Myles 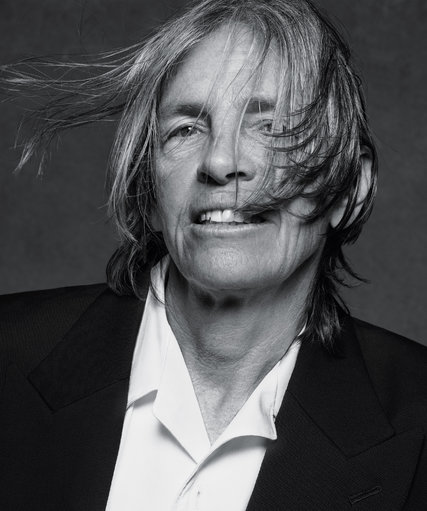 Fortunately, the “Eileen Myles Moment” continues apace, with a big feature on Myles and her “resurgent popularity” in this weekend’s New York Times T Magazine.  The piece, by Emily Witt, is titled “The Poet Idolized by a New Generation of Feminists,” and it notes that “For decades, it seemed as though Eileen Myles and her unflinching depictions of New York misfits and creatives would forever be relegated to the margins of the American canon. And then last year happened.”

Here’s how Witt lays out the story of the Myles boom:

At the age of 66, Myles has published 19 books of poetry, prose and criticism, but until last year, when Ecco re-­released her 1994 novel, “Chelsea Girls,” many readers didn’t know who she was. That’s not to say she wasn’t famous in her own way — if you were a contemporary poet, if you were gay or if you had an interest in the cultural feminism of the 1990s, you probably read her. Each of these communities had its canon, and in their canons Myles figured.

But 2015 was the year that the culture machine picked up Myles and transmitted her to a larger audience. The gritty, idealistic outsiders of New York’s creative scenes in the late ’70s — their era’s music, art and general sense of freedom — provided an antidote to the homogeneity of today’s pop culture, and few writers captured that romantic rawness quite like Myles. She published poems in The New Yorker and The New York Review of Books for the first time. Young women were reading her work in the coffee shops of Brooklyn. On television, on the Amazon show “Transparent,” the  poems of a character named Leslie Mackinaw, played by Cherry Jones, are actually hers, and the fictional feminist professor is based on Myles, too. (Myles and the show’s creator, Jill Soloway, have dated.) This new generation of public feminists, including Beth Ditto, Lena Dunham and Tavi Gevinson, cite her as an inspiration, finding in her writing a ribald and ponderous succession to the New York School.

The article also discusses Myles’s formative experience working for James Schuyler (a chapter in her life memorably captured in Chelsea Girls): “For half a year she was an assistant to the poet James Schuyler who, said Myles, had ‘a career as a mental patient,’ supported by art-world friends who admired his writing. He lived at the Chelsea Hotel, and every morning Myles would bring him his newspapers and keep him company for the day.”

In addition to the profile, T Magazine also offers a list of Myles “10 Favorite Books,” which is worth checking out just for her funny and incisive commentary on each book — for example, Myles has this to say about Djuna Barnes’s Nightwood: “This is like a dark lesbian genius rolling in a giant heap of damp, dead leaves. What a great, shaking, grieving party this book is — the best,” and this to say about the poet John Wieners: “The Hotel Wentley poems are nested in here, and they are the most grandly erotic and heartfelt homosexual sketches about living out of time in friendship on the edge, and seeing the whole trembling picture of midcentury America from there.”

“For many readers discovering Myles’s work for the first time,” Witt writes, “the experience was accompanied by a sense of confusion: Why hadn’t we read her sooner?” For those of us who have been reading Myles for a long time, we’re just happy the rest of the world is catching up.

This entry was posted in Eileen Myles, James Schuyler, John Wieners, Uncategorized. Bookmark the permalink.
%d bloggers like this: